Our recent AGM – plenty to discuss including the allocation of our first Community Benefit Fund!

Our Annual General Meeting was held on Saturday 4th February with 60 members attending the event. As well as providing an opportunity to update members on the progress made by the organisation over the last year and our plans going forward, the AGM was a milestone for the organisation, its investors and the city. It was the first AGM where members not only got to approve the payment of 3% interest to investors who invested prior to 2014, they also got to vote on how we spend the first Community Benefit Fund of £3252. These two items mark a major success for the organisation, one which we can all be really proud of.

Members voted to use the Community Benefit Fund to benefit the following 2 organisations;

We’ll further update on the donation of the Community Benefit Fund in the coming months, and look forward to generating further funding for other causes in the coming years. 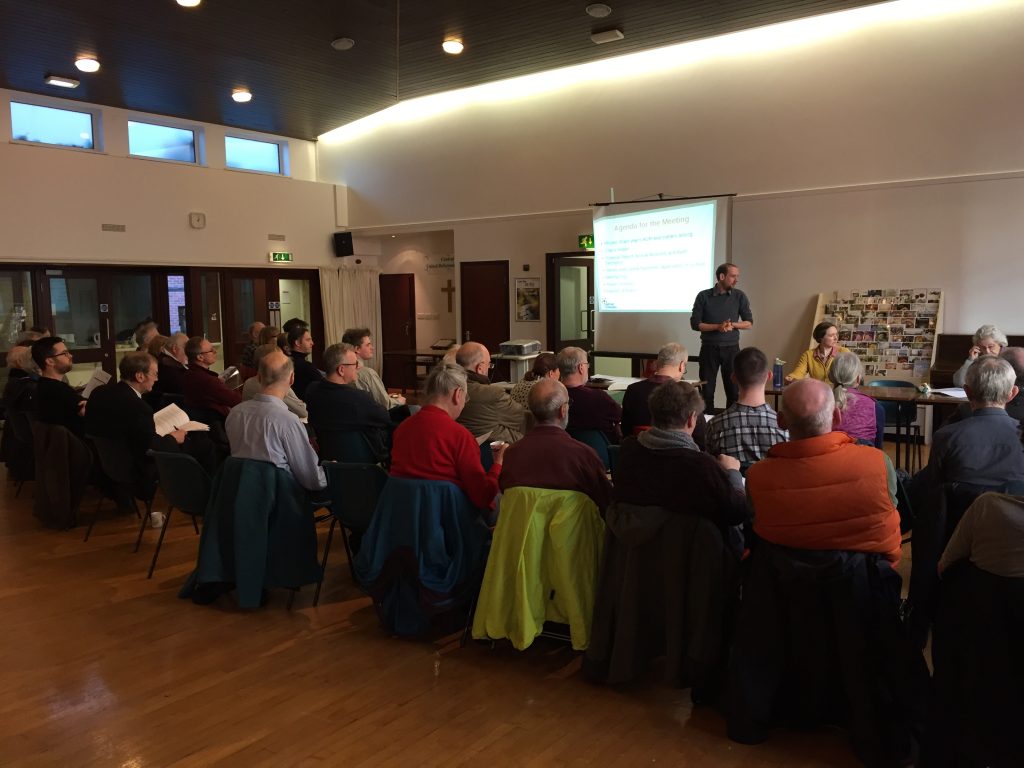 Other points of interest raised and discussed at the AGM include;

If you’d like to receive occasional updates from Sheffield Renewables, please complete your name and email address below. You can unsubscribe at anytime.

This website uses cookies to improve your experience while you navigate through the website. Out of these, the cookies that are categorized as necessary are stored on your browser as they are essential for the working of basic functionalities of the website. We also use third-party cookies that help us analyze and understand how you use this website. These cookies will be stored in your browser only with your consent. You also have the option to opt-out of these cookies. But opting out of some of these cookies may affect your browsing experience.
Necessary Always Enabled

These cookies are not necessary for the website to function and are used specifically to collect anonymised user data via analytics and embedded content. If you turn off these cookies, the website will still function, but it may effect the way certain features work.